The new Windows 11 is in the starting blocks and will be rolled out to the first devices from October 5, 2021. With the new operating system, Microsoft wants to present a “new Windows experience that brings you closer to the people and things that are important to you”. We want to find out what this means in concrete terms in this article.

Attentive news readers may remember that when Windows 10 was released, it was announced that it would be the last Windows: Unlike all previous versions, Windows 10 is supposed to be the last and thus an always up-to-date operating system. Microsoft referred to this as “Windows as a Service”: once or twice a year, Microsoft gave us an update of Windows 10, so anyone with a license could always download and use the latest version of the operating system for free.

“Prior to Windows 10, Microsoft released new versions of Windows every few years,” the company said in a key support document. “This traditional deployment schedule meant a lot of training for users, as feature revisions were often significant. This schedule also meant waiting long periods of time without new features – a scenario that doesn’t work in today’s rapidly changing world, a world where new security, management and deployment capabilities are needed to address challenges. Windows as a Service will deliver minor feature updates twice a year, around March and September, to address these issues.”

With the release of Windows 11 and the annual update cycle, Microsoft is now turning its back on its Windows as a Service model. Instead of now feature updates every 4-6 months on average, only every 12 months is bearable for a mature operating system. Less frequent update procedures should also lead to higher overall productivity and lower maintenance costs in companies. Quality updates or cumulative updates continue to be excluded from this cycle and are rolled out “as needed”.

In addition to new system requirements, Windows 11 is particularly striking visually. Windows 11 comes with a new modern design and the highest possible security. All people should be able to use Windows 11 without restrictions, which is why accessibility was taken into consideration during development. At first glance, it is already noticeable: The design increasingly resembles MacOS. 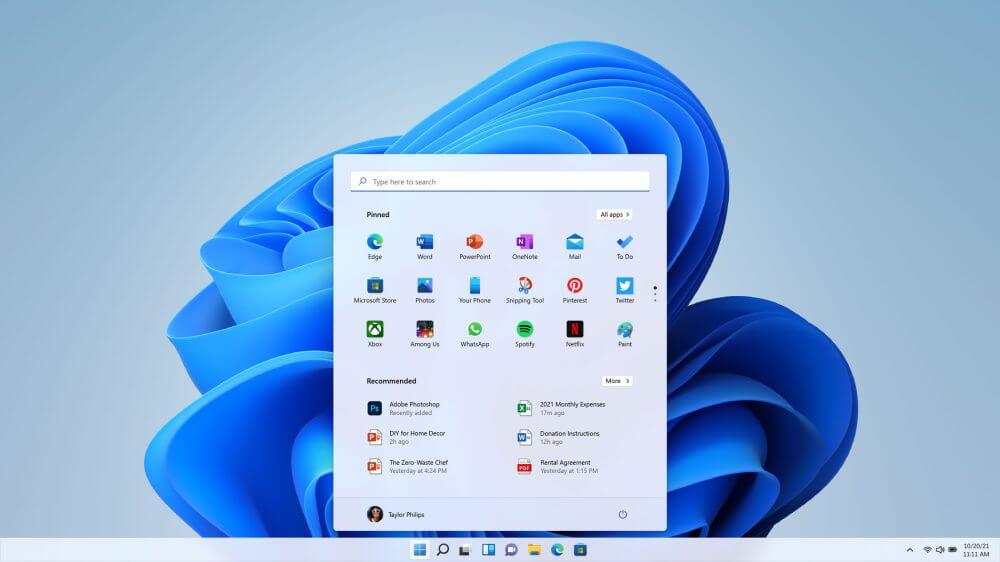 From the new Start button to the taskbar to fonts and icons – the design of Windows 11 is clear and concise. It was developed to be accessible “by design” and comes with improvements designed by and for people with disabilities. Accessibility is an important prerequisite for making technology more accessible to all people – and that includes Windows that is accessible and secure for all.

Of course, it is noticeable that the taskbar icons are now placed in the center, as it is already known from MacOS and some Linux distributions. However, the bar can be changed back to the familiar layout via the taskbar settings. Another new feature is that the background and the taskbar can only be customized to a limited extent. The tiles, which were first introduced with Windows 8, have been removed, and the Start menu is now sorted by relevance instead of alphabetically by default. Frequently used apps can also be pinned. This should simplify use on mobile devices in particular. Cortana disappears from the taskbar, but will still be available.

The new design looks reduced, much tidier and more coherent overall. There are also new system sounds to match. The usability has also been improved. With the new functions “Snap layouts” and “Snap groups”, users have even more options to place several windows clearly next to and below each other and thus make optimal use of the entire screen area. The “Desktops” feature offers the option of creating different desktops for different areas of life – for example, for working, playing or learning, a function that we have also known from other operating systems for years.

In addition, the new generation of Windows offers improved touch, pen and voice operation. On tablets without a keyboard, the icons in the taskbar are spaced further apart. Windows can be easily moved or resized. On tablets without a keyboard, Windows 11 can also be operated via gestures. When working with a pen, users receive haptic feedback in the form of vibrations while clicking, sketching or writing. Windows 11 comes with an improved speech input; it can automatically set punctuation marks and execute voice commands. Whether the new voice input will be usable offline is not entirely clear at this point.

Teams will be an integral part In Windows 11, Microsoft Teams is integrated directly into the taskbar. Users can thus get in touch with others even faster via chat, text, voice or video – regardless of whether the other person is using a Windows, Android or iOS device. Teams functions such as mute or screen sharing will also be directly accessible via the taskbar in the future.

Security has also been developed “by design.” Windows 11 has comprehensive security technologies that provide protection from the chip to the cloud. It is a zero-trust-enabled operating system that protects data and access across all devices. To meet the demands in a dynamic threat landscape and the new hybrid work environment, we have worked closely with our partners.

For enterprises: Familiar tools for the hybrid workplace

In a world where hybrid working and learning are now the norm, Windows 11 provides a modern but familiar environment where users can be productive and focus on their project.

Windows 11 can be scheduled, prepared and deployed just like a Windows 10 update. Familiar management features such as Microsoft Endpoint Manager, Cloud Configuration, Windows Update for Business, and Autopilot are still available to assist with the upgrade to Windows 11.

Like Windows 10, Windows 11 follows the core design principle of app compatibility. App Assure is a free service that helps enterprise customers with 150 or more users fix problems with apps so they run smoothly on Windows 11.

Other new features in Windows 11 The new operating system supports DirectX 12 Ultimate and Auto HDR and comes with a new widget concept. This is supposed to enable faster access to apps and information, as well as promote the popularity of its own Edge browser (which is now based on the Chromium engine and has similar functionality to Google Chrome).

Furthermore, Microsoft wants to make the “Microsoft Store” more popular as a one-stop shop for apps, games, series and movies. The new store has also been given a makeover and now shines with a clearer design and is easier to use. It offers an even larger selection of apps and makes it easier to search for content via collections. Popular Microsoft and third-party apps like Microsoft Teams, Visual Studio, Disney+, Adobe Creative Cloud, Zoom, and Canva will soon be available through the Microsoft Store.  For the first time, Android apps will also be available on Windows over the coming months. Users can search for the apps in the Microsoft Store and download them through the Amazon app store. Apps that can only be obtained via the Google Play Store will probably not be able to be used.

With the new version also comes new minimum requirements, which are significantly higher compared to the current Windows 10.

These are the minimum system requirements that your PC must meet in order to provide what Microsoft considers a “great computing experience”:

If you let these minimum requirements take effect, it quickly becomes clear that many devices older than 3 years are excluded from using Windows 11 – including numerous devices from WEROCK. This is primarily due to the processor, as many processors that are still very current in the industry, such as Intel®’s Kaby Lake series processors, are not found in the compatibility list. According to Microsoft, this already extreme cut is supposed to close error sources and security gaps. After some complaints, Microsoft has now followed up: Recently, there was an update in the CPU compatibility. At least Kaby Lake X, Kaby Lake W and the processor from the Surface Studio 2 are now supported, since Microsoft still actively sells devices with these processors. However, the regular Core 7000 processors as well as AMD’s first Zen generation aka Ryzen 1000 remain out. This leads to the assumption that these minimum requirements are primarily of a political nature and are supposed to encourage the purchase of new hardware.

Users who want to use the new operating system, but whose hardware does not meet the minimum requirements of Windows 11, should therefore think about buying new hardware – or just stay with Windows 10.

We hope that Microsoft will extend the list of compatible processors, or allow an installation on older processor generations as well.

We can already take a first look at which WEROCK products will be compatible with Windows 11. While Rocktab U210, Rocktab U214 and Rockbook X550 already fully meet the requirements. Rocktab U212 may be supported in the future, the model’s processors are currently not in the list of compatible processors. The next generation of the model, which will be available in 2022, will of course be Windows 11 compatible.

Microsoft has introduced a PC integrity check app. You can use it to see if your current PC meets the requirements for Windows 11: Download PC Integrity Check app.

A more transparent alternative is the open-source tool WhyNotWin11. It tests whether your own computer and the components installed in it are compatible with Windows 11. The free test tool WhyNotWin11 provides information about the components of the own computer and gives information about which components meet the minimum requirements of Windows 11 and at which point one would have to upgrade. This is especially interesting for desktop PCs, which are often upgradeable. WhyNotWin11 Download

What happens with Windows 10?

According to Microsoft, support for Windows 10 will end on October 14, 2025. The system will still be usable after that, but no new updates to functionality and security will be released. As with Windows 7, we assume that security updates will be provided well beyond this period in the case of particularly critical gaps. Windows 10 Home, Pro and Enterprise will receive the 21H2 update as originally planned.

The Microsoft blog says, “We will also release IoT versions of Windows 11 and Windows Server 2022. The first version of Windows 11 IoT Enterprise will have a maintenance period of 36 months from the month of release, as described in our lifecycle documentation. We will announce more information about these releases in the future.”

Windows 11 requires considerably more resources than the minimum requirement, but scores with numerous new functions and improved usability. Especially on tablets, the improvements in workflow should be noticeable. If your computer is not compatible with the new Windows 11 and it still meets your other requirements, we don’t see any reason to update to the new operating system at the moment. We have enough electronic waste in the world anyway.

Are you planning a hardware upgrade? We are looking forward to your inquiry. 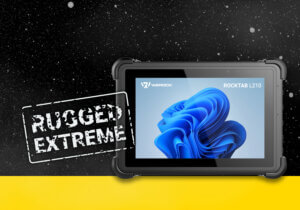 WEROCK presents the Rocktab L210: A rugged Windows tablet with up to 16 hours runtime 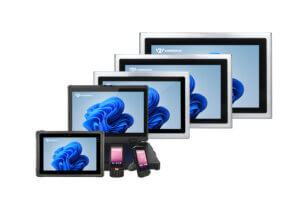 Our service promise: After Sales has highest priority 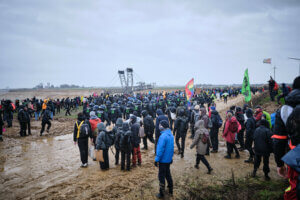 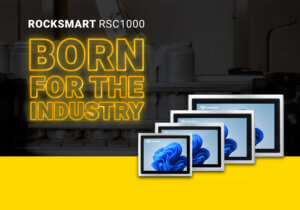 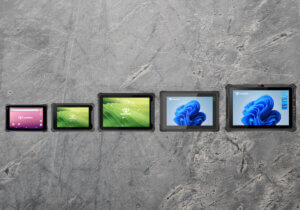 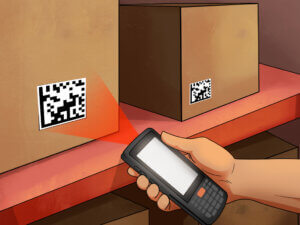 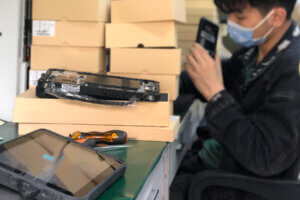